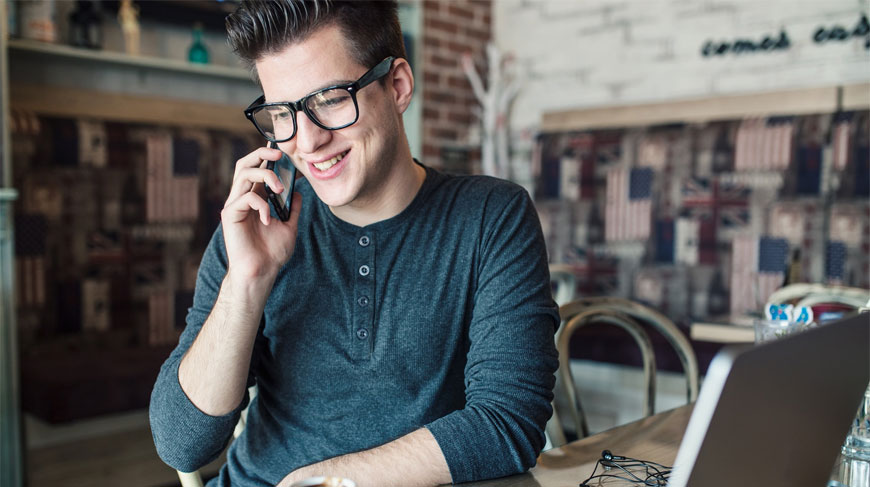 I don’t know if there has been a more contentious generation than The Millennials. It seems like almost every day we get another thinkpiece on how millennials will either save the world or run it into the ground. Are they “The Laziest Generation” or “The Next Greatest Generation”? How are businesses supposed to adapt to an audience that changes its wants and needs as fast as they change their Warby Parker sunglasses and their taste in boutique, all-natural coffee grounds?

Before diving into the millennial perspective on insurance, I think it’s pertinent to qualify myself as a member of “The Me Me Me Generation.” I am an unmarried 23-year-old college graduate with a degree in Marketing and data analytics. In school, I worked for my college’s tech-support team, presented at a national educator’s conference, and helped a friend raise more than ten thousand dollars for his startup. I don’t have a credit card, but Venmo my friend who does if I need a loan. I don’t have a cable subscription, but pay extra for fiber optic internet. I don’t own a car, but spend hundreds on Uber. I have thousands of dollars of electronics, gadgets, and gizmos strewn about my 1-bedroom, but don’t have renter’s insurance.

Suffice it to say, I am a textbook millennial. Educated and employed, collaborative and tech-savvy- but until six months ago, purchasing insurance wasn’t even a blip on my radar - and I am not alone.

To understand the hesitancy millennials have when it comes to investing in insurance, we need to first examine how millennials perceive insurance as a product. A recent report by Aflac found that millennials are in fact the most-likely group to purchase voluntary insurance for things like electronics, theft, or even their pets. On the other hand, the same report found that fewer than half of all employed millennials take advantage of voluntary workplace health insurance, despite how much the potential savings of health insurance outweigh the savings provided in small property or theft insurance. From a risk standpoint, this doesn’t make sense - if millennials are so willing to invest in insurance for their iPhones or Mr. Tibbles, why are they so averse to the big-ticket items like life or property insurance?

The answer is multifaceted, but primarily comes from a combination of two key-points:

With the advent of the so-called “sharing economy,” millennials are making fewer big-budget purchases than any previous generation. Ownership simply isn’t a driver of purchasing behavior for millennials in the way it has been for groups in the past. Goldman Sachs reports that 60% of surveyed millennials would prefer to rent everything, from their cars to their apartments. Citing TechCrunch, IBM reported that while 85% of non-millennials won’t ever use a ridesharing service like Uber or Lyft, fully more than a third of millennials already do so on a regular basis, and that number is growing rapidly.

As a group, millennials are also incredibly debt-averse. This is likely due to growing up and entering the workforce in the middle of the Recession, and is worsened by a fear of adding to their already-exorbitant student loans, and a severe distrust of credit card companies. Recently, Bankrate reported that 63% of millennials don’t own any kind of credit card at all, with just 8% owning more than one. For most millennials, taking on new debt isn’t just undesirable, it’s outright unthinkable.

When it comes to purchasing homes and property (an obvious driver for investing in property insurance), the 2008 Recession obliterated any support that millennials had for banks or the housing industry. In 2015, CNN reported that 93% of surveyed millennials did not trust banks following the end of the recession, this is in addition to actively avoiding new loans or making investments. Thus, millennial buying power is significantly reduced due to their aversion to taking new loans, and a lack of any substantial savings.

Earlier this year, Gallup found that, compared to previous generations at the same age, millennials are the least-likely of any generation to be married, with 59% of the millennial population reporting that they are single or never married. Without the pressures that come with marriage and “settling down”, millennials see little reason to make investments in long-term products like insurance or physical property. Instead, the money normally used for those investments is put towards for paying off college debts, traveling, and purchasing small goods and quality-of-life improvements.

In addition to avoiding marriage, millennials are also the generation most-likely to avoid getting locked down in a single job or city. Gallup reported that 21% of millennials have changed jobs in the past 12 months, three times more than any other generation did at the same age. Complementing this, Forbes found that more than half of all surveyed millennials have recently moved cities to get a job, with 48% reporting that they made a major move just for the experience of living somewhere new.


Millennials have little desire for ownership, an aversion to debt, a mistrust of banks, and prefer to live fluid lifestyles untethered to jobs, places, or relationships.


Taken together, these elements paint a clear picture of why millennials aren’t investing in insurance: The benefits offered by today’s insurance simply don’t help millennials. For a generation focused on having experiences instead of having things, insurance is a hard sell. Why spend the money on property insurance for a house you don’t own in a city you plan to leave; or on life insurance at a job you won’t have for a family you haven’t started?

I understand that this is difficult to take seriously, hard to swallow even from the relatively-liberal perspectives of our Generation X parents. We millennials appear flighty and uncommitted - unwilling to make the ‘adult’ decisions like buying that house or staying in that job. What the industry must come to terms with is that millennials won’t ever ‘grow into’ Gen Xers or Baby Boomers, the lifestyles and worldviews that personify the millennial generation will remain set - and the industry must adapt to fulfill those new needs.

To many millennials (myself included), the traditional American Dream reads like fiction. The appeal of having 2.5 kids, a new Cadillac, and a white picket fence simply doesn’t resonate with my generation. We pursue something else, an American Dream built on having collaborative experiences, on expanding our world through travel and education, and on the idea that, for better or worse, there’s always something new on the horizon.

This should not be cause for alarm, however it should provoke a reevaluation - millennials now have the most buying power of any generation alive, so what can the industry do to tap into that? How do we get this new generation to invest?

What do millennials want from insurance?

Click here to find out, in Part 2 of Insurance, The Millennial Perspective